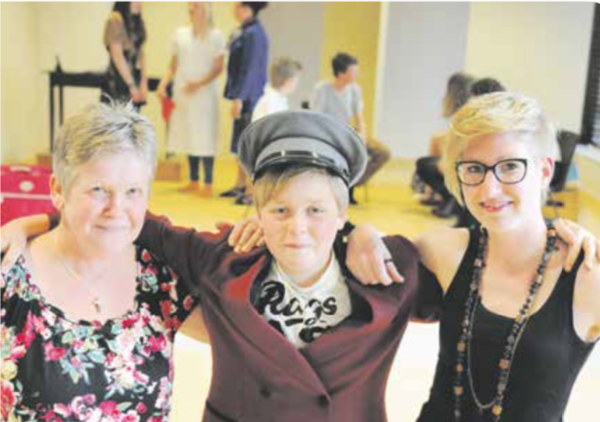 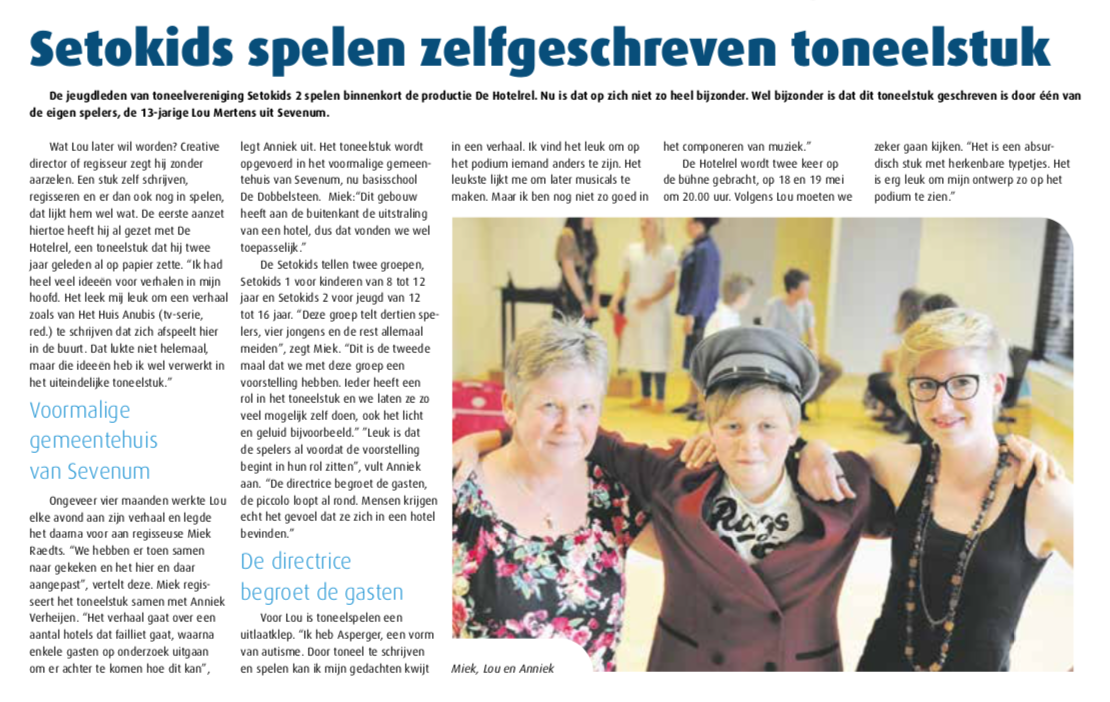 Sétokids is the name of the youth branch of the local drama-society of the village I grew up in. My passion for theater started there and has only grown ever since then. At the age of 10, just before joining Sétokids, I had written my very first play. It was a pantomime about a hotel-owner that was creating a monopoly by putting all the other hotels out of business through evil deeds. I spoke to the directors of Sétokids and they agreed to edit and rewrite the play together with me to perform it the following year and so the next year we premiered: ‘Hotelrel’ (“Hotel Riot”). It was heavily publicized because I was just a child when I had written it. Included is on of the articles.